Being Moved By Earth

Animation "Tan'Am", 2021. Miguel Mwamba. With courtesy of the artist.

Environmental literacy is growing. Still, there is a call to appreciate the ecological, aesthetic and spiritual values of earth. How can we relearn being in this world and re-embed ourselves?

There is widespread evidence that we are a species in the process of degrading our own life-support system at a rapid rate and that during this century, this behaviour will very likely threaten not only our but also the existence of up to half of the world’s species. Part of the problem stems from an ignorance about how the earth works and what we are doing to its life-sustaining systems.

So far, environmental policy was mostly formulated in the language of occidental metaphysics, which introduced dividing categories such as mind and body, nature and culture, human versus non-human. These categories led many people to see themselves as being apart from the world instead of being part of it. A more inclusive ecological framework transcends such dialectic, anthropocentric models, instead adopting an earth-centered worldview that posits us as part of the world.

In this perspective, the value of other life forms originates in their right and dignity to exist, rather than in the products and services they can provide if consumed by us. This reader links to the work of thinkers and difference–makers who extend a vision of life towards an infinitely entangled world. 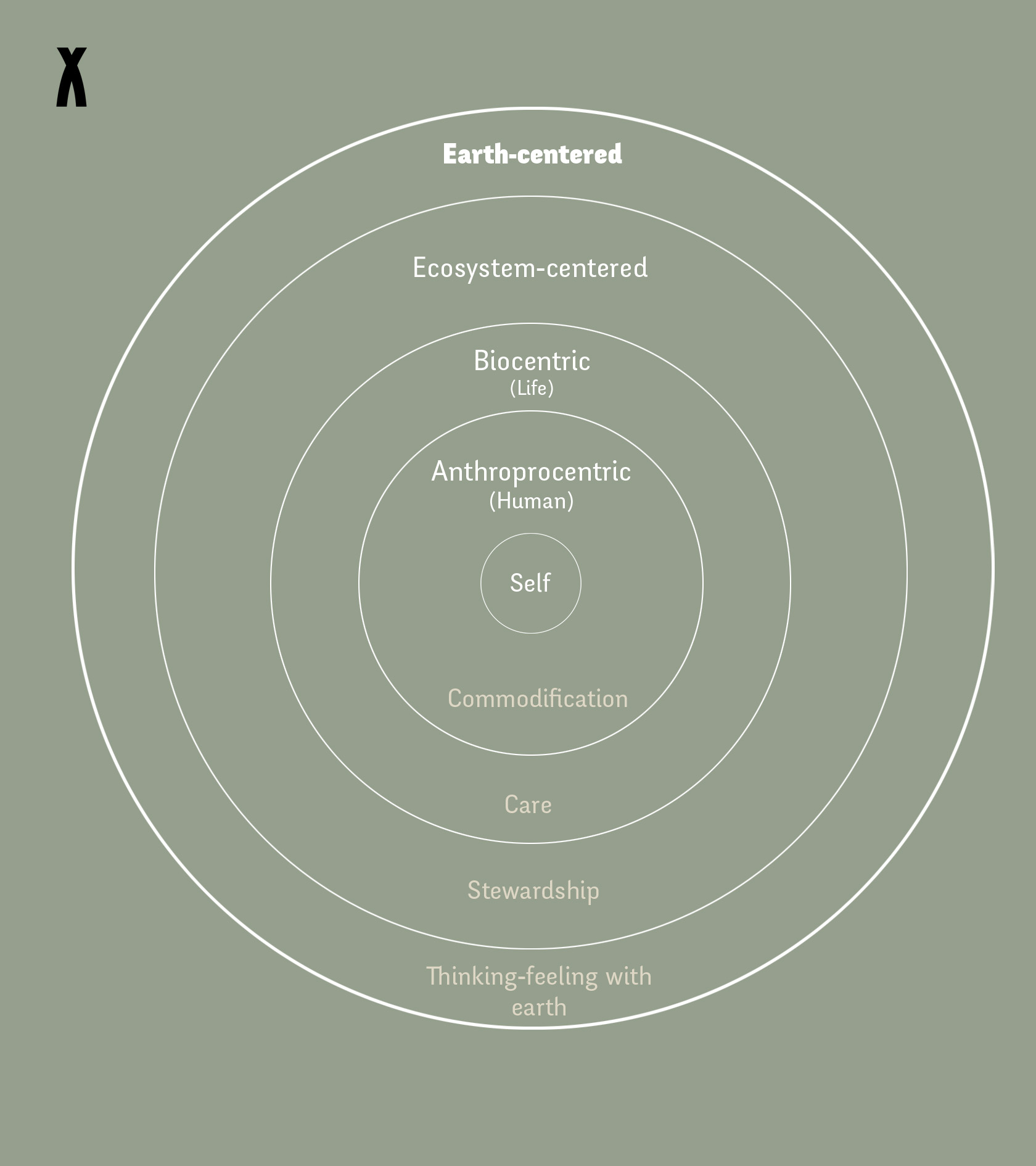 Figure 1: Towards an earth-centered world view

From a self-centered to an earth-centered worldview. In a more earth-centered worldview we would kindle a sense of awe, wonder, mystery, excitement, and humility by standing under the stars, sitting in a forest, experiencing a mountain, or taking in the majesty and power of the sea. We might pick up a handful of soil and try to sense the teeming microscopic life within it that helps to keep us alive. We might look at a tree, plant, mushroom, or listen to the sound of a bird and try to sense how each of them is connected to us and we to them, through the earth’s life-sustaining processes.

Arturo Escobar thinks of the earth from its heart. The professor of anthropology at the University of North Carolina is critical of development strategies whose outcome is not only the abuse of earth (such as monocultures replacing biological diversity), but also the displacement of  indigenous populations and thus the destruction of its communities and culture.

In his article Thinking-feeling with the Earth, Arturo Escobar describes the concept of relational ontologies (a sort of relational, placed-based idea of existence). Responding to monolithic interpretations of world or universe, this article proposes a transition towards a conceptual pluriverse, similar to the Zapatista imagination, a world where many worlds fit.

Excerpt: "Given that we cannot be intimate with the Earth within a mechanistic paradigm, we are in dire need of a New Story that might enable us to reunite the sacred and the universe, the human and the non-human. The wisdom traditions, including those of indigenous peoples, are a partial guide towards this goal of re-embedding ourselves within the Earth. Within these traditions, humans are embedded within the earth, are part of its consciousness, not an individual consciousness existing in an inert world. Every living being exists because all others exist.“

In Designs for the Pluriverse Arturo Escobar presents a new vision of design theory and practice that is deeply attuned to justice and the earth.

An orchid from Moxviquil, the sanctuary of 25 thousand orchids in Chiapas. 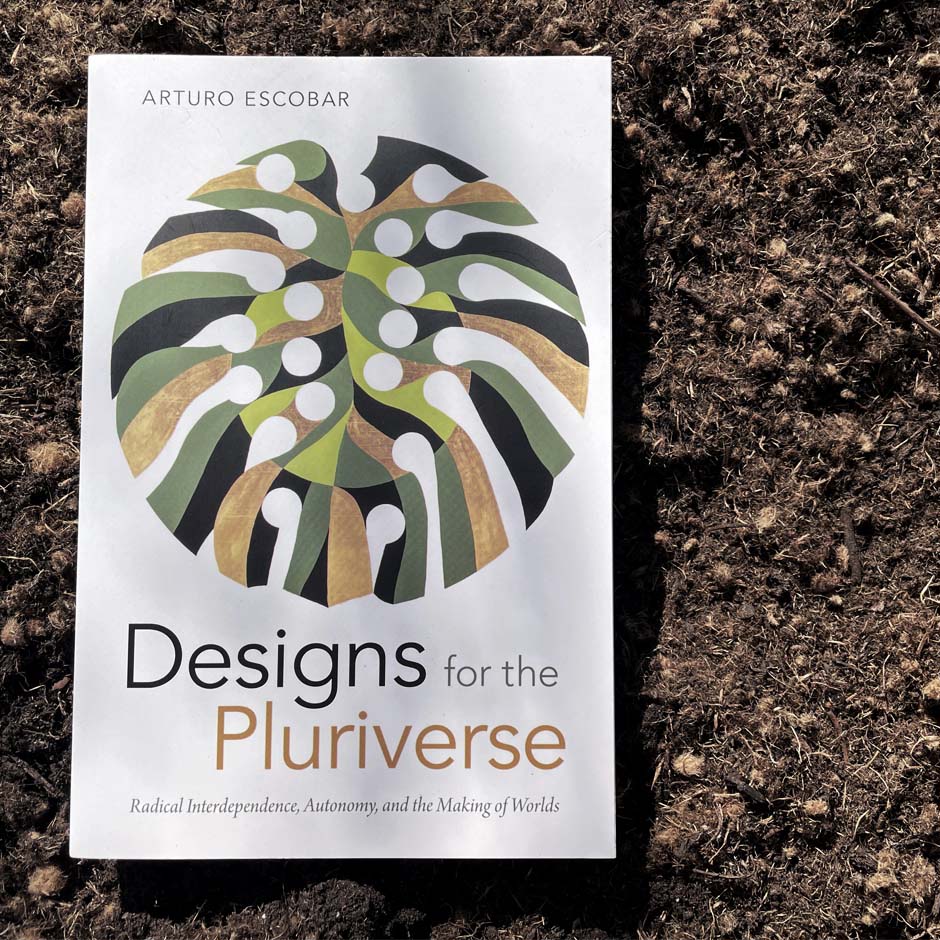 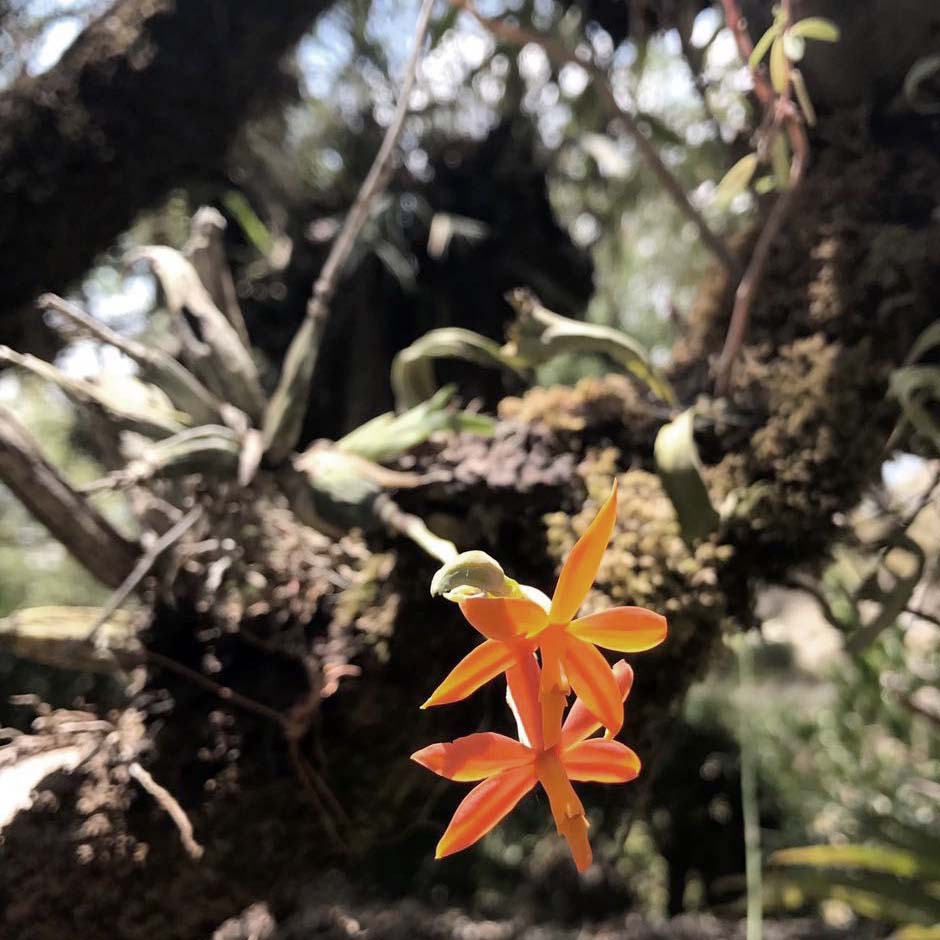 From the series "Look up" by Mitchell Lou. With courtesy of the artist.

A new way of making allies with the forest

﻿Living with the Runa Amazon People in Ecuador, Eduardo Kohn has pushed anthropology beyond the human realm. In “How Forests Think: Towards an Anthropology beyond the Human” Kohn explores the connections we might have with the kinds of living world that lie beyond the anthropocentric view. A book that French philosopher Bruno Latour says teaches us “multispecies diplomacy” and makes us “rethink what it means to be human”.

How Forests Think. Interview with Philippe Chiamberetta: “I would say that the forest is inhabited by selves, but that some of those selves are at a higher level than the individual and that these higher order selves can have emergent properties. But is the forest itself a self? Where does a forest begin and end? Perhaps one could say that a forest is the largest emergent self that one might find in a ‘forest.’”

Toward a new way of making allies with Forest. Interview with Hirosho Kondo: “A forest is not just trees. It’s something that is an emergent property [...] There’s such a thing as a forest and that forest can have something to say for the good of the trees and metaphorically speaking, we are trees… instead of speaking now about what a forest is, I’m asking how a forest can guide us as we’re facing a climate crisis. 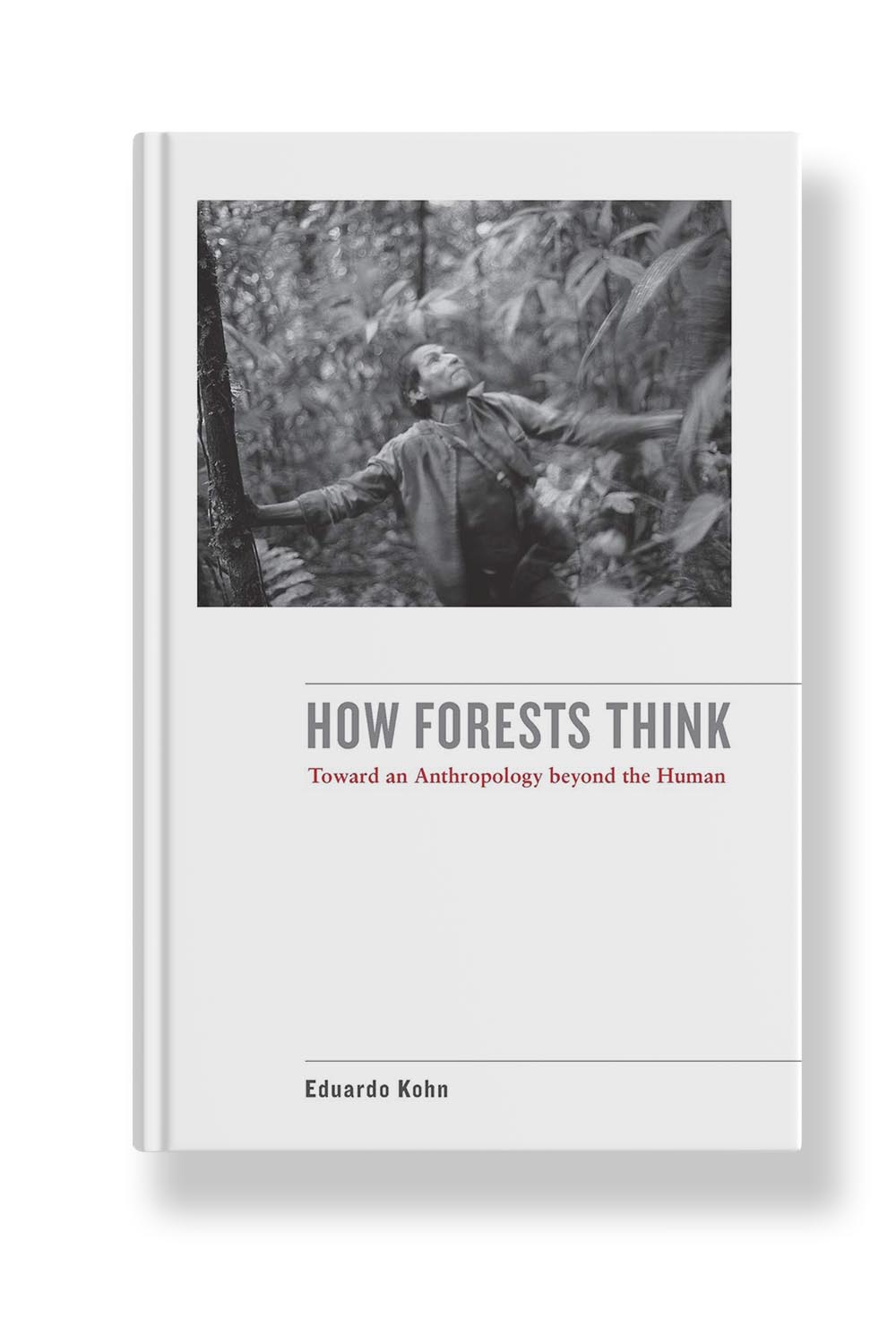 How two Mexican artists helped to protect a tropical forest 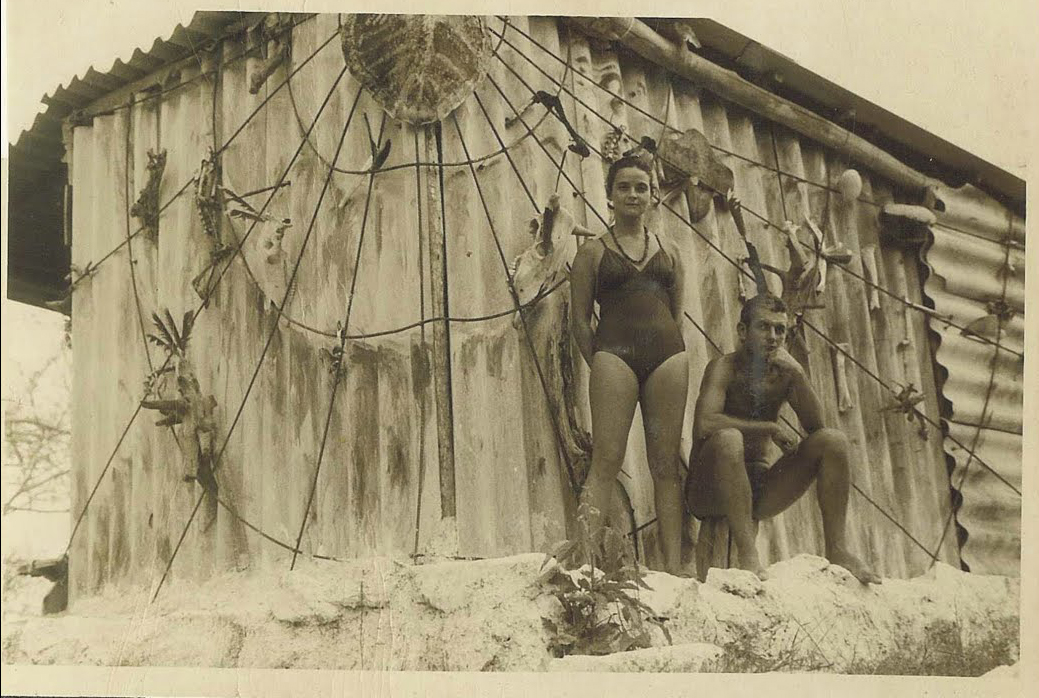 Raga García Arteaga and Leonardo da Jandra at the coast in Oaxaqua in 1979.

In 1979, artist Raga García Arteaga and writer Leonardo da Jandra relocated to the tropical forest at the Oaxacan coast. Profoundly questioning the unidirectional models of modern culture, Leonardo and Raga settled there, surviving in the forest by hunting and fishing for almost thirty years, until they were evicted by the director of the National Fund for Tourism (FONATUR) for opposing the privatisation of the Huatulco National Park, which they themselves helped to declare.

On 16 December 1997, as a result of his opposition to the privatisation project in the area, Leonardo da Jandra was apprehended by judicial officers, only managing to escape by hiding in the jungle. Shortly afterwards, he received the IMPAC National Literature Prize, which helped to improve his security and played a part in allowing him and Raga Arteaga to declare Huatulco a national park. Finally, the national park of Huatulco was declared as such in 1998, inside which more than 11,000 hectares of land are protected.

Earth is a communion of subjects. Instead of contaminating diversity with environmental destruction, imperial conquest, profit making, racism, and authoritarian rule, we could be readily available working partners for a liveable earth. In such a state  we could see history as a state in which diversity emerges, emphasizing not rivalries but kinships: with plants, fungi and the entangled life that we are interwoven in. 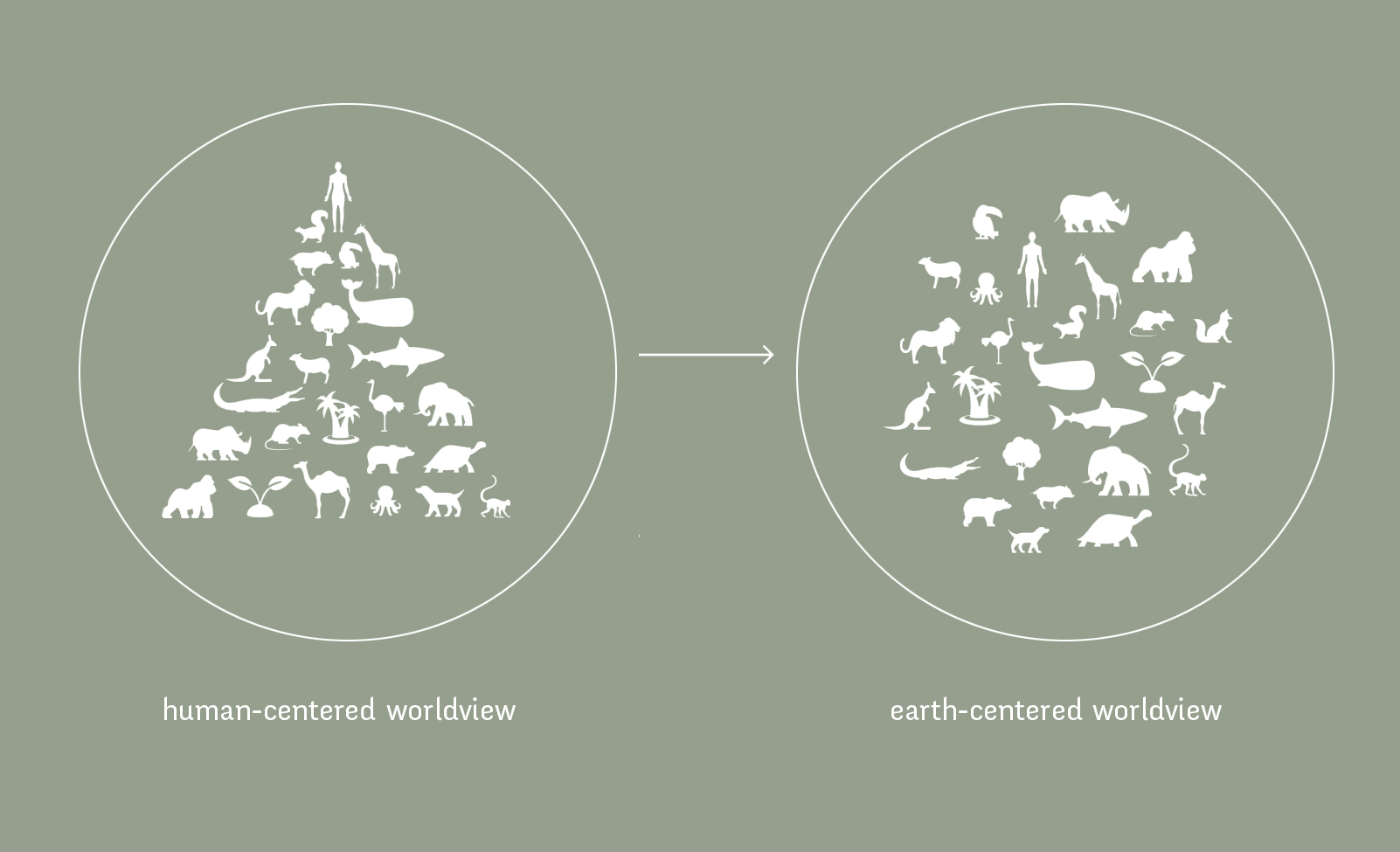 Figure 2: Towards an earth-centered world view

What climate collapse asks of us

Bayo Akomolafe is a philosopher and psychology lecturer at Nigeria's Covenant University whose compelling classes gained global recoginition. He argues that we need to overturn centrality, a status quo that places humans — and european male  in particular — at the center of the universe, in order to completely rethink a relationship with nature.

Akomolaf grew up in Lagos in the 1980s, a time when his teachers would beat pupils for speaking their own language, Yoruba.  African languages and culture were frowned upon, only English was to be spoken. Long after the country freed itself from colonial rule, colonial culture still reigned. Adebayo returned to his Yoruba heritage in order to think beyond the limitations of colonial thought governing the increasingly dysfunctional westernized view of nature. In his essay “What climate collapse asks of us” he proposes a new planetary ethic.

Excerpt: “In a World that exceeds thinkability, in a world we have no language for, one ‘fundamentally’ delinked from a prior due to the traversal flashing up of ‘nature’ in her flamboyant passing away, and one in which forward movement is now impossible, we need new forms of inquiry. We need new ways of making sense. We need new ways of listening.”

A new voice of hope

Guadalupe Vazquéz Luna is a Tzotzil-Maya woman​ ​leading a new Mexican movement. Twenty years since losing family in the Acteal massacre in southern Mexico, she has become a spokesperson for a new generation of Mayan activists confronting militares and politicians in her pueblo’s interest. Guadalupe balances the demands of motherhood with high-stakes efforts to re-educate the people and restore justice to the world.

The film “Lupita” by Monica Wise Robles, a Colombian American documentary filmmaker and journalist based in Mexico City, intimately follows Guadalupe Vazquéz Luna taking on risks and responsibility to represent her people, weaving her personal narrative into the painful revolutionary history of Mexico.

Part lyrical testimony, part vérité storytelling, part tribute to 500 years of indigenous resistance, the film also shows that environmental activism, the seek for justice and feminism are linked by the same struggle. The oppression of women as well as the excessive exploitation of nature have been closely linked since the beginning of capitalism.

Malcolm Ferdinand was born and raised on the Caribbean island of Martinique, an overseas region and department of the French Republic that is located more than 6,800 kilometres away from its capital, Paris and was victim to centuries of bloodshed, slavery and political oppression. Ferdinand graduated as an environmental engineer from University College London and received a doctorate in political philosophy from the University of Paris-Diderot.

In his brilliant analysis “Decolonial Ecology: Thinking of Ecology from the Caribbean World” (French) the Ferdinand posits that behind its claim of European universality, environmental thought is predicated on the occultation of the colonial, the patriarchical and the exploitative. Employing both theory and spoken word, Ferdinand offers paths of justice and dignity anchored in the horizon of a common world that can alter the inadvertent ecological crisis.

In this episode of Génération Afrotopia, Malcolm Ferdinand proposes a conception of ecology that breaks radically with its dominant meaning. A decolonial ecology, an ecology of the world. (French) 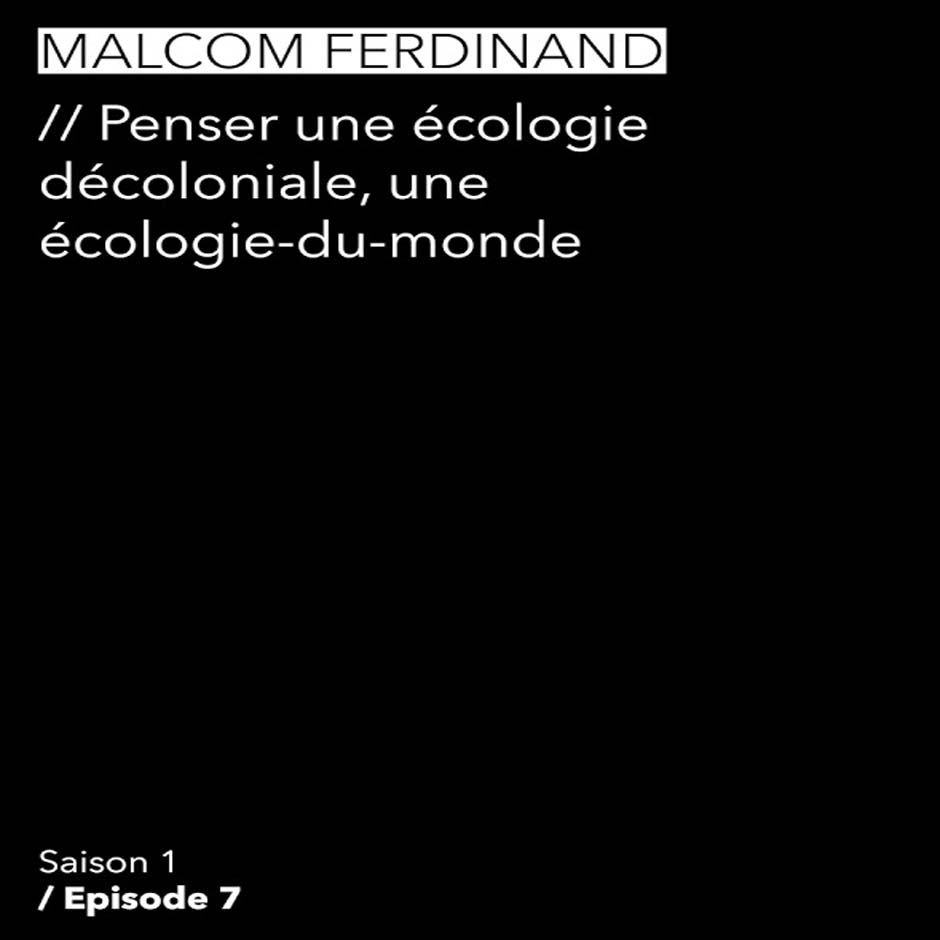 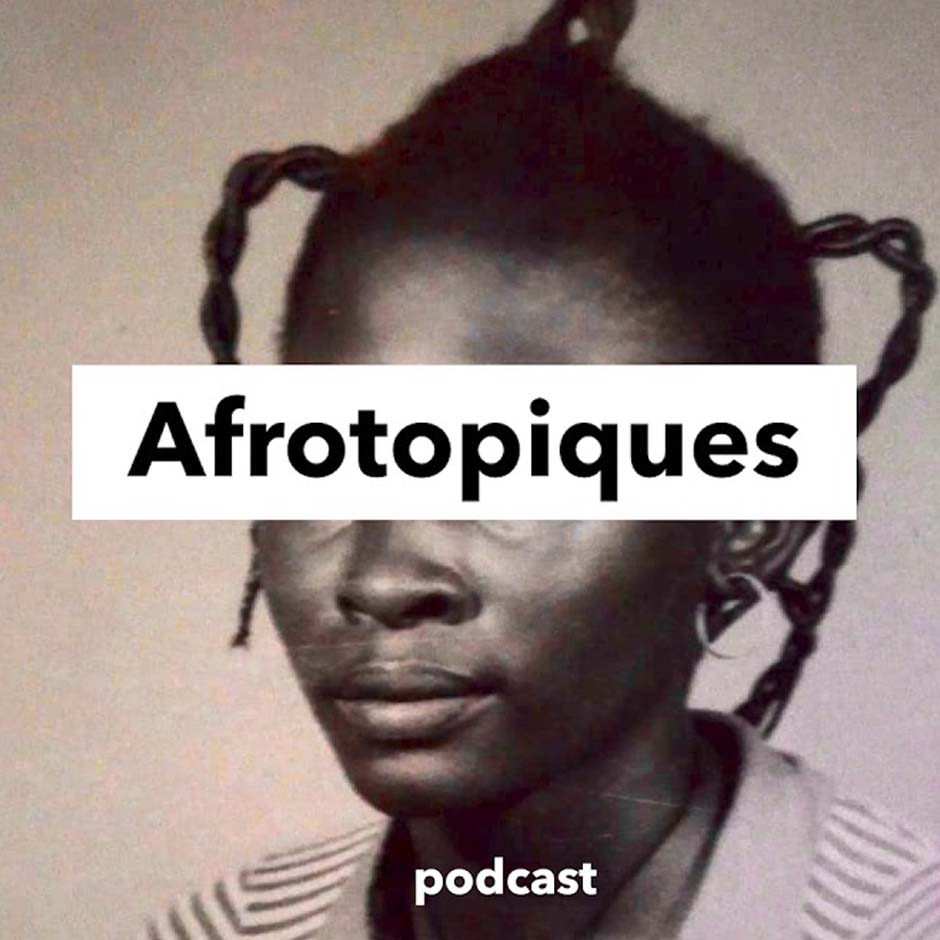 The philosophical underpinnings of aboriginal worldviews

In an essay from 2008, Graham outlines strategies for achieving a collective spiritual identity and offers reflections on the concept that the world is immediate, not external, and we are all its custodians, as well as its observers

Excerpt: "The land is a sacred entity, not property or real estate; it is the great mother of all humanity. The Dreaming is a combination of meaning (about life and all reality), and an action guide to living. The two most important kinds of relationship in life are, firstly, those between land and people and, secondly, those amongst people themselves, the second being always contingent upon the first.“

Mary Graham. Some thoughts about the philosophical underpinnings of aboriginal worldviews. 2008

Oyster mushrooms by  Rachel Hornton, with courtesy of the artist.

How to love a mushroom

Most academic scholars of sustainability focus only on human plans and programs. In contrast, the work of anthropologist Anna Tsing touches on nonhuman agency within science and politics. Anna’s highly original studies on mushrooms have helped  formulate a new theory of environmental renewal and global life cycles. Her work frames an important question: How can we become agents of regenerative disturbance, co-existing with other species? 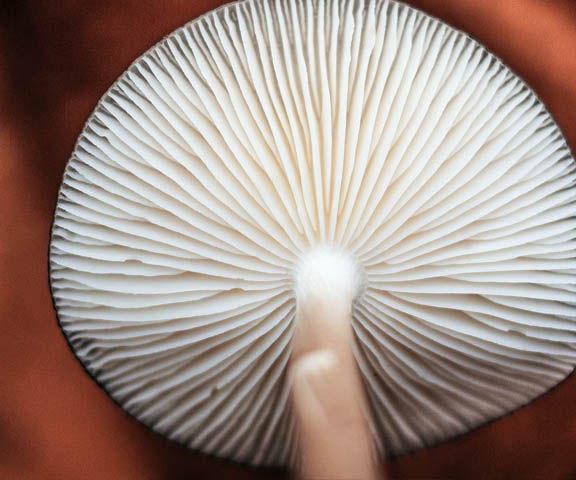 “Next time you walk through a forest, look down. A city lies under your feet. If you were somehow to descend into the earth, you would find yourself surrounded by the city’s architecture of webs and filaments.” 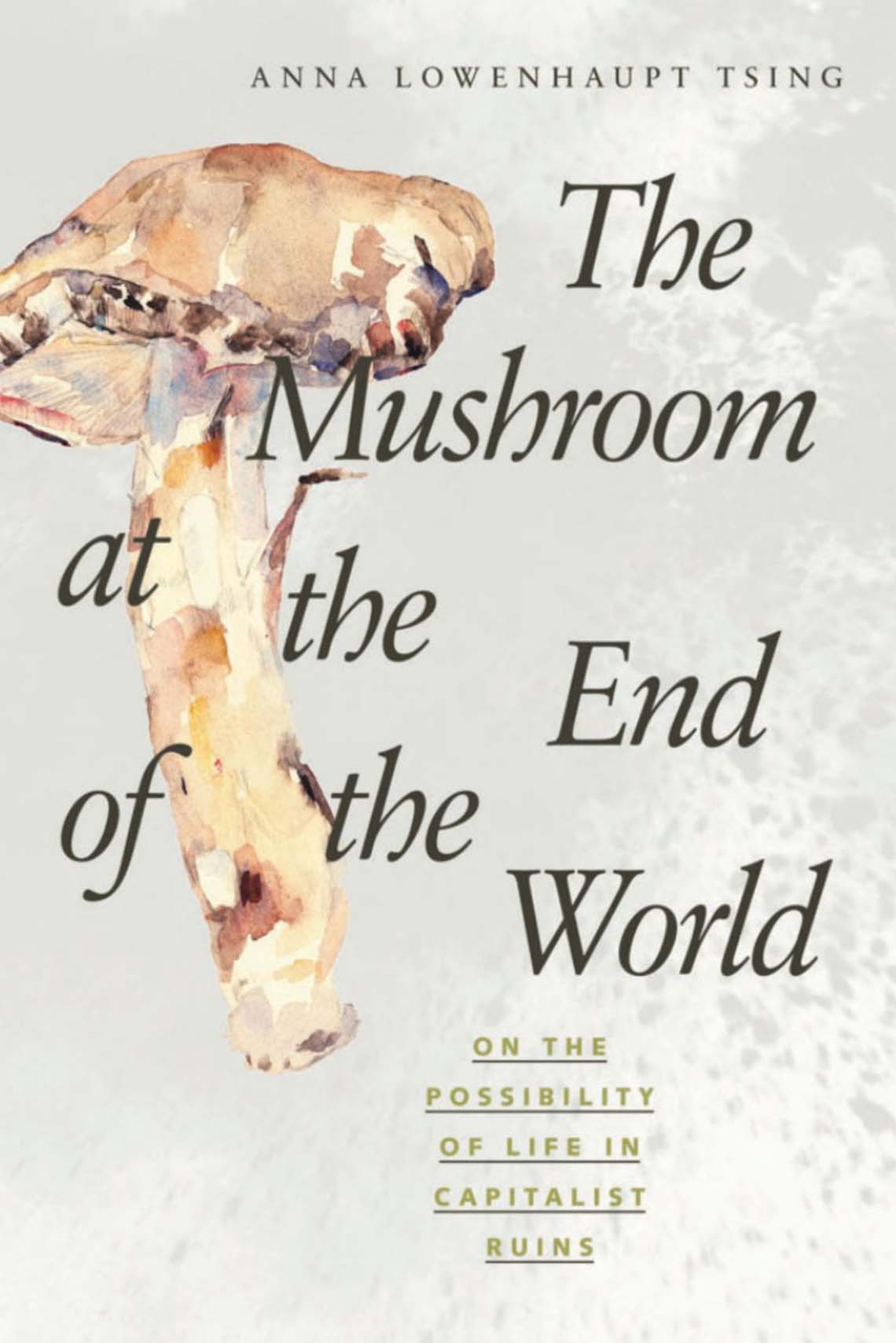 A threat to holocene resurgence is a threat to livability (pdf). “Resurgence is the work of many organisms, negotiating across differences, to forge assemblages of multispecies livability in the midst of disturbance.”

The Politics of the Rhizosphere. Interview Harvard Design Magazine: “If you want to see what I call the city, a dynamic scene where all kinds of organisms are working together, you can’t stay above ground.”

Chido Govera became the provider in her family aged seven. At 10 she was destined to marry a man 30 years her elder. But a chance encounter at a local university led her to discover the science behind  mushroom cultivation, ultimately setting her life on a very different course. Today, she's a world-travelling activist, helping others change their lives by growing mushrooms.

Xinatli serves as an artistic platform that tries to evoke new discourses in art, architecture and science.